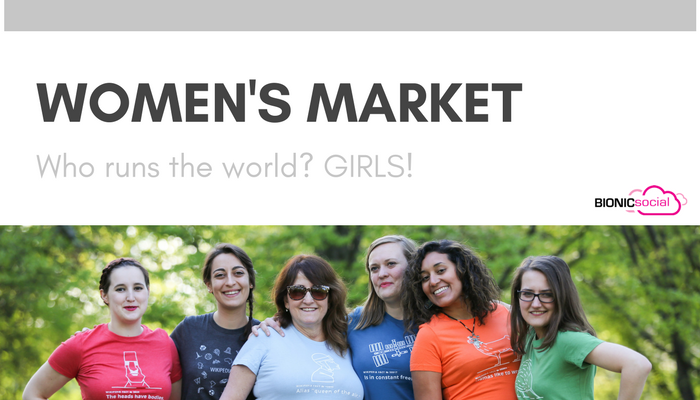 If you aren’t a woman, then chances are strong you know one. (There’s at least a 50/50 shot at this, right?) Today, I want to share some powerful numbers with you:

Those are crazy numbers and stats right? I’m not super smart, but it seems to me there is a very real need (OPPORTUNITY) for the FinServ community here, yet when I look at insurance application submissions, the majority are still on men. HUH?

In 1987 at the Caeser’s Palace in Las Vegas, Alan King was challenged by an audience member that there was no proof that women outlived men. King, being the comedian that he was, used obituaries to prove his point! [Please click the link and watch the video – you’ll not only be educated on how true this is, but you’ll be cracking up the whole time!]

…but how much longer do women live?

According to Psychology Today, women outlive men on average 7-10 years. There are lots of variables and hypotheses around the “why” but much has to do with improved healthcare. However, men are suffering from heart disease at a higher rate than women. [And as an underwriter once upon a time ago, I can tell you longevity equals cheaper life insurance premium.]

…but women only work with female advisors, right?

I can prove why this isn’t true simply from insurance advisor statistics. Women only represent 30% of the total insurance advisor workforce according to the Insured Retirement Institute study of 2013. As a woman working in insurance, I can tell you I’m much more likely to be the only female in a room full of financial service professionals than not.

Be a person of action – Take a good hard look at these numbers and ask yourself honestly, “Does my firm REALLY work with women?” Remember, this question didn’t ask – would you work with women. If you’re not, is this an opportunity to bring another advisor in who is solely focused on the women’s market? Seems like a really big opportunity to simply pass up, in my opinion.