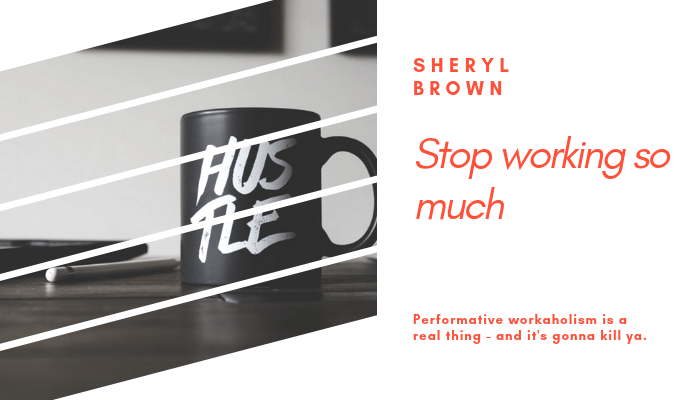 I love a good workday – I really do. You check stuff off the list. You high-five yourself (or in my case, I hug the cat) and know, “I really hustled today!”

Except…there’s a new kind of hustle out there and it’s just not healthy.

I hear those calling others who work less than 18-hour days “slackers” – are you kidding me? They’re all hopped up on coffee, adrenaline, and work – – and all I can wonder is, “What do your adrenal glands or nervous system think about all of this?”

Long-term hustling is awful for our bodies. AWFUL. This isn’t some old lady telling young people not to work so hard. This is one person who has been hustling for years and her physician recently said, “You are killing yourself.” I took that very seriously.

…and it’s addicting. We have had Gary Vaynerchuk who I adore as a human being, spouting about getting out there and working harder than anyone else and publications eat that shit up:

I do appreciate the fact that at least GaryVee says, “This isn’t for everyone.” (It should be for no one.)

Working harder – working smarter – working more – it’s an addiction we take on in place of time with our loved ones, developing deeper relationships, playing Uno, picking our nose, whatever – –  it’s just time trade because time is a non-renewable resource. We can’t make more of it.

Nobody goes to their grave wishing they had worked more.

That’s just a fact that is sometimes more difficult for younger people to understand because mortality seems way off in the distance. It’s also becoming more difficult for seasoned people to realize because they think, “I will just do 30 more minutes.” We then stop doing things like:

Be A Person Of Action: When Van McCoy sang ‘The Hustle’ the only movement he meant it for was dancing, not a mindset. Stop working yourself to death. 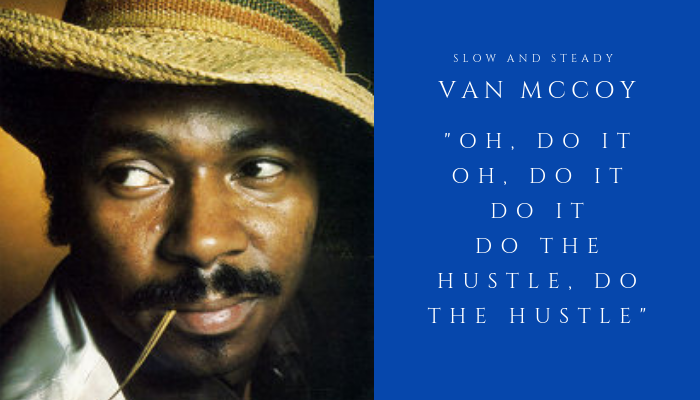